The travel tech developer hosted a debate, during a visit to Mercedes Benz World in Brooklands, among its customers and partners about how the industry must work together to meet the challenge of climate change

There is a shared responsibility to forge a sustainable future for travel and to provide accurate information so customers make better choices, the Great Minds debate heard.

Travel technology systems developer Vibe brought together a panel of leading influencers on the impact travel has on the environment at its recent industry gathering in Surrey.

Panellists agreed that action was required urgently to mitigate the impact of climate change and that travel has an important role to play in reducing its environmental footprint.

Matthew Chapman, chief technical officer at Vibe, was clear about the scale of the challenge: “The UN has said that the last seven years were the hottest on record. The lack of attention on sustainability is going to become a very big problem. 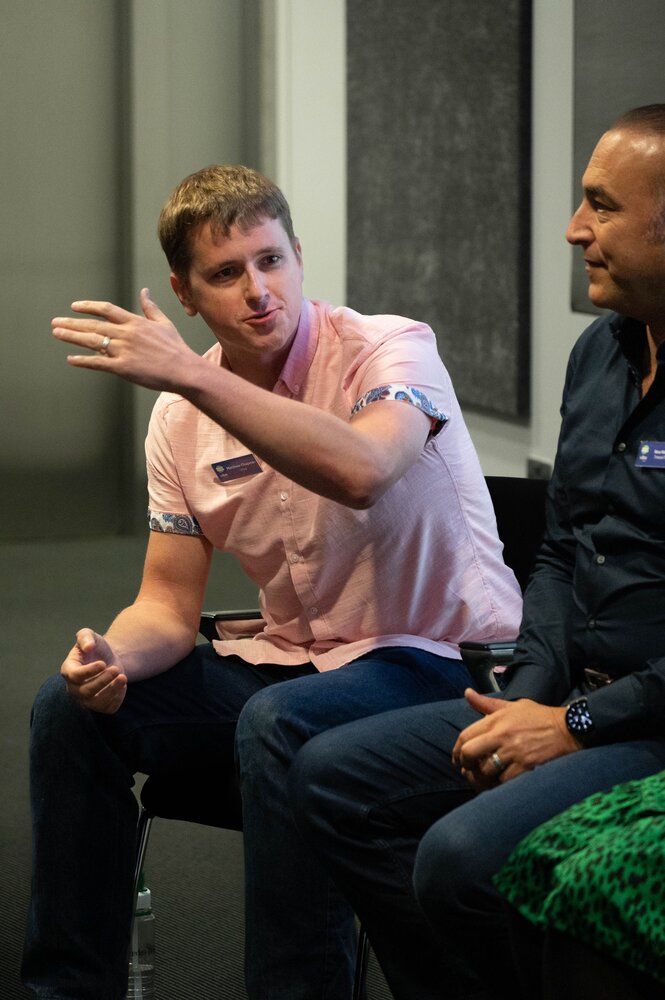 “As the planet gets warmer there are going to be regions that become uninhabitable and that’s going to lead to social and economic problems and its going to make things very difficult for tourist destinations that won’t be the same ten, twenty, thirty years from now.

“So, absolutely, it’s critical and we should all be doing more to try to fix this. AT Vibe what we’re doing is trying to drive the conversation and work towards some collaboration on what the industry can do to find solutions rather than just talking about it.

“Our focus is to try to get the supply chain providing more information so that we can educate users across all of our client sites to make better decisions.”

Nico Nicholas, founder and chief executive of Trees4Travel, agreed that it was time for action and not more talking about the sheer scale of the challenge.

“I don’t want to get lost in the numbers,” he said. “Numbers are important but our tag line is actions speak louder than numbers because if you just have numbers and don’t reduce emissions and you don’t actually compensate.

“Where we’re at right now, it’s just not enough to simply offset. We have to go further and we have to focus on not just carbon emissions but the whole spectrum of all of the ways we can help.

“Our ambition is to give people the tools they need for tangible action behind those numbers. We’re helping the industry use their very privileged position to show what they are doing and use that an education point so they can share their achievements.”

“Action is the key point and everyone is on a different journey, but it is about behavioural change as an industry, and wider. We have to start making that change and making it now and resetting a lot of things that are habitual.

“Our position is that we are in the middle of the supply chain so we are working across our customer base. They are all on a different stage of their journey. Ultimately, it’s about education and awareness of the customer and understanding the different demands that they are having put upon them.

“It is interesting to see that change as we shift from cost being king into people starting to really take the carbon element and emissions seriously.” 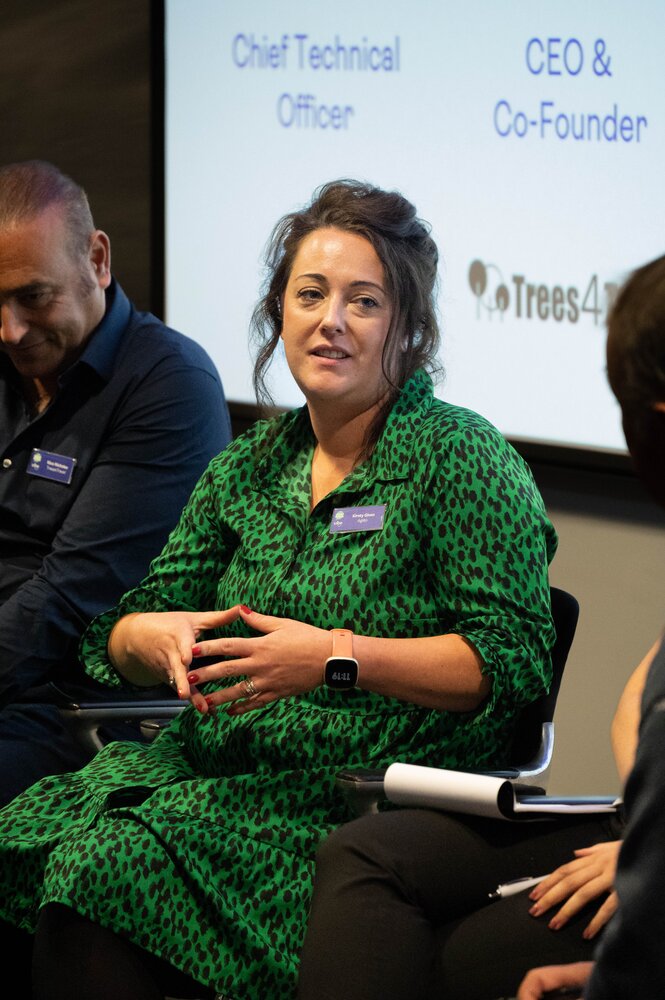 The panel discussed who is most responsible for taking action on the environment and, while there was agreement that operators like airlines and hotel companies that have a direct impact must act, there was a shared responsibility to change what you can control.

Sarah Grao, account manager at sustainability advisor and certification agency bioscore, said it was working with hospitality firms to embed sustainability protocols into their operations.

“The idea is to make sustainability affordable for everyone because in the end that’s the most important thing because if we want a more sustainable world we need to be sustainable in all the levels.

“Accommodations have this opportunity to give something back to a specific place because they work there, they live there, their businesses will be developed there. Yes, it’s their responsibility, but it’s also the responsibility of the people who are being hosted there.

“It’s also the responsibility of the providers and everyone involved in these products. All the parts have different levels of personal responsibility according to their level of participation in the process. This can apply not only to accommodations but also to airlines and OTAs.”

Chapman said acting on climate change comes at a cost so there needed to be some sort of body to ensure those firms that take action are not out-competed by those ducking their responsibilities.

“Ultimately we all live on the planet so we’ve all got a shared responsibility,” he said. “But you’ve got to say a lot of the responsibility in fixing the impact of travel lies with the companies that have a direct ability to effect that.

“As a booking tech provider we can’t make airlines burn sustainable fuels, we can’t force better insulation in hotels or force them to use greener energy, so a lot of the responsibility needs to sit with those able to make that change.

“But that doesn’t mean we don’t have responsibility. Those that are able to make change should be reporting accurately on their impact and that’s not just on their CO2 equivalent output, it’s all the other aspects of their climate impact.

“And there should be a responsibility for that information to be passed up through the supply chain so that when it gets to the end user they can make an educated choice using information that’s reliable and accurate.

“Ultimately that probably needs some kind of body to make sure that companies are doing that because making decisions that are better for the environment isn’t free and when you’re in a competitive market and why would you start doing that and lose a competitive edge?”

“It’s a very privileged position that we all hold in the travel industry and you need to deliver information and that information needs to be correct and fair and you do need to educate the consumer.”

Given said she believed compelling behaviour through regulation had its part to play. “I don’t think it’s the answer, it’s part of the answer. We all do have that shared responsibility. But there’s an accountability within your business or industry to be accountable for the things you can change.

“It sometimes does feel like the Willd West when it comes to sustainability. There are so many calculators, solutions different people selling different things. It’s sprung up seemingly overnight.

“Regulation can have a role as long as it’s meaningful and doesn’t just benefit the large corporations and businesses that have the money to implement it effectively.”

Chapman said he did not think this is the customers’ problem and that hey should pay for it through higher prices, but he was in favour of compelling investment into advances that will benefit the planet.

“I agree consumers are ultimately going to be pay, but humans are generally fairly selfish and when it comes to being presented with the option to fund some of these measures and initiatives most wont, they’d rather spend £50 extra on their holiday.

“Which is way I think we need some way to enforce funding towards R&D into better alternatives into improving accommodation and not make it optional. Basically, a climate tax of some sort otherwise it’s not going to happen, funds won’t materialise.”

Nicholas warned against making kneejerk reactions that might force decisions that appear to be for the benefit of the environment but which, in fact, have the opposite impact.

“You can have these granular calculators comparing aircraft to aircraft, fuel burn to fuel burn, but what’s completely forgotten here is that the build of the aircraft is 82.4% of the emissions through its life.

“If you replace a Boeing 737 one year earlier than it should be replaced, for an aircraft that’s 20% more efficient, you are actually emitting 2.5 million more tonnes carbon into the atmosphere.

“If you retire an aircraft at 18 years instead of 22…for an aircraft with zero emissions you would be emitting 4.5 million tonnes more carbon by retiring an aircraft early from one that doesn’t burn any fuel. That’s how wrong our calculations can be.

“We want to do what we do with clothing and everything else, it’s about recycling and reusing. We should be recycling aircraft.

“Older aircraft as long as they’ve been well maintained, are not like your car, they are built to have a longer life and we should be considering that as part of the carbon impact not just how much fuel is burning.

“We should be renewing the engines or putting cleaning engine son or wing tips to reduce drag.

“What we are doing is we are not actually delivering accurate figures but we are saying they are accurate. As long as we continue along that road we will be in trouble.”

Andrew Xu, executive president of Fosun Tourism Group, dismissed speculation that it was planning to sell the brand and set out plans for growth and...

Big Interview: AI will be so prevalent we'll stop talking about it, says Amadeus tech boss

Christophe Bousquet gave Travolution an update on how the GDS and European tech giant is adopting AI as it goes through the biggest digital...