Big Interview: The hotel pioneer who’s at the new frontier of Web 3.0 and blockchain

Last month Dominican Republic luxury resort Casa de Campo won the Travolution award for Best Technology Innovation in 2022 for its work with start-up OTA Pinktada which is selling tokenised stays using blockchain technology. Lee Hayhurst spoke to their sales and marketing chief Jason Kycek, who finds himself at the cutting edge of a second technology revolution in travel.

Those in the know will tell you that Web 3.0 is not only already here but it just a matter of time before it ‘leaps the chasm’ into the mainstream and reinvents the internet as we know it.

The adoption S-curve new tech follows steepens sharply with one epoch-changing innovation, like the launch of the iPhone that put supercomputers in all our hands during the Web 2.0 era.

No one yet knows what Web 3.0’s iPhone moment will be but in the ‘wild, wild, west’ of blockchain, metaverse and Web 3.0 there are already prospectors panning for gold.

Jason Kycek, the vice president for sales and marketing at the Dominican Republic’s original luxury holiday resort Casa Del Campo, has seen it all before.

He was working in hospitality when Web 2.0 emerged from the dot com crash of the late nineties and was an early adopter of the OTAs that exploited the demand-side revolution in travel.

And, at the dawn of a new technological paradigm, he’s at it again having jumped at the chance to work with blockchain OTA Pinktada which is pioneering the sale of tokenised stays at the property.

Kycek said his interest in blockchain began on a personal basis when he began researching about investing in cryptocurrencies, specifically Bitcoin.

“Like most of us, you have probably heard of it, but a very small percentage knew what Bitcoin and the whole crypto space is and how do you even buy it.

“A couple of years ago I personally started listening to a few very intelligent people who are in this space and I remember thinking wow these guys are really believing in this stuff.

“I just started educating myself and although I am nowhere near an expert, I know enough to have a grasp of it and see the potential.

“So, when Pinktada approached me through a mutual contact over a year and a half ago and they mentioned blockchain technology it piqued my curiosity.”

In previous roles in hospitality, Kycek recalls resistance to his advocacy for partnering with the emerging OTAs, and finds himself in a similar position today with Pinktada.

“These guys were the first to market in this space that I’m aware of. To me they were ahead of the game.

“I look at them as a travel disruptor building a different mousetrap just in the same way as Expedia once did.

“I was in this industry two decades ago when nobody knew who the OTAs were. I went through that whole cycle before the dot com travel sites came round. They were the disruptors 20-plus years ago.

“Pinktada are pretty much in the same position as Expedia was 20 years ago so they are going to be a disruptor to the Expedia’s of this world, and also to the traditional booking mechanisms.

“Right now they are just in the hotels space but their long term objective is to be as diverse as an Expedia or booking.com but running on blockchain technology.”

Kycek adds it is important to “be on the front foot”. “The dot com guys loved working with us because we supported them and they weren’t getting a lot of support from other hotel companies.

“Coincidentally, I worked with the guy who introduced me to Pinktada at Travelocity 20 years ago and we became friends. He knew I got this stuff, had a passion for it. That’s how life is.

“When he was at Travelocity he was going through the same thing, trying to get hotels to work with them. It comes full circle sometimes.

“It’s a fascinating world we are in right now. We keep throwing these words around like blockchain and NFTs, but a lot of people still don’t understand it.”

There’s no doubt in Kycek’s mind that we are the cusp of a revolution not dissimilar to the one that introduced the World Wide Web to a largely sceptical public in the late nineties.

“A computer developer friend of mine explained it to me that had we known about blockchain technology in the past this is what the internet should have been built on.

“Web 3.0 is going to make the World Wide Web obsolete eventually, everything is going to be run on blockchain technology.

“I figured out it’s only a matter of time that it is going to totally revolutionise our world in all business in all areas of life.”

Pintada turns hotel nights into NFT [Non Fungible Tokens] which have an immutable value secured in the blockchain and secured from any fraud or tampering by third parties.

Thie gives provable ownership to the traveller and means they can sell non-refundable rates on in a secondary market or back to the hotel which is guaranteed the revenue from the original sale.

“As a consumer you have flexibility,” says Kycek. “As a hotel we benefit because it’s a non-refundable transaction, so we get our cash.

“And we don’t have to worry about cancellation down the road and having to refund the consumer which is how most of the hotel platforms operate.”

As well as tokenised NFT products, Pinktada is also striving to modernise how hotel stays are retailed with immersive 3D video content giving bookers the chance to ‘tour’ the resort virtually.

This is a foretaste of the metaverse, but the fundamental change is the handing back to the consumer control of their data that the big internet giants have traded on throughout Web 2.0.

Although Kycek describes the world of Web 3.0 currently as like the “wild, wild west”, he does not think that being an early adopter represents a big risk for an established brand like Casa de Campo.

“You feel like it’s them [Pinktada] taking all the risk. It is the wild, wild west, which for me is exciting, just as it was with the dot com guys in the past.

“We are in unchartered territory and for me that helps drive the industry forward, helps provide consumers with better value and product and for us to reach a different consumer.

“The young do everything on their phones and as marketers we have to constantly find ways to reach the next generation of consumers who are going to replace the older consumers.

“We are in the new frontier and pioneering a new era in our industry.”

With disruption assured and already being felt by the tech giants – Facebook’s rebrand to Meta being the most visible sign that this is being acknowledged – surely there will be a reaction.

“I’ve asked myself that same question,” says Kycek.”We work with all the big dot coms and I’ve not heard anything to suggest they’re remotely paying attention to this. Which surprises me.

“I’m sure they have some very smart people that are working on something - they are not just going to sit around and get lost by the wayside.

“Maybe they’ll sit back and wait for guys like Pinktada to get it going and just come in and buy them. That could be their game plan; let the VCs build this and we will buy the best-in-class.”

So, is this a new world or just another turn of the business cycle where new entrants come in buy market share, replace the incumbents before themselves being disrupted?

“I do think we are in a new world,” Kycek says, “and they are going to keep evolving their business models just like Expedia did.

“One of the biggest revenue drivers for Expedia today is selling media advertising. Expedia and booking.com, to me, are like to Google for travel.

“People are searching, exploring, they’re not booking with them. A lot of people don’t know what they want to do, so they go on Expedia and just start browsing.

“Companies like a Pinktada will evolve in that way too, but I don’t see them taking on a greedy model as they grow.”

When Casa de Campo sold its first Pinktada stay Kycek said he was surprise by how quickly it happened and the guests were given a special welcome on arrival.

And he says he’s committed to a long-term relationship with Pinktada and hopes for many more guests of theirs to walk thought the doors of the resort in years to come.

“It’s just matter of time. More and more people are entering the crypto space like I did two years ago. It had been around for 13 years even then.

“I’m a big believer in partnership and we will help Pinktada as much as we can, it’s got to be a win, win for everyone. We will stick with them through the good times and the hard times.

“I’m all for being a pioneer at the threshold of the new frontier. I think we’re probably two years out for full adoption with this. And with tech things happen so fast.

“It depends, too, on how many companied like Pinktada decide to enter the market and get the investment to back them to do it. You have to have VC money.

“You can have a brilliant idea but if you can’t sustain yourself while building it it’s not going to go anywhere. I see tremendous amounts of capital entering the blockchain space in general.

“And, without question, I think this is a unique opportunity for travel. Operating on the web has been very binary, you buy or you cancel.

“Blockchain will allow a lot more flexibility which will appeal to consumers. Plus, there are a lot of security benefits.

“Although we’ve come a long way, the travel industry, in some ways, is still very clunky and often antiquated in how we do things.” 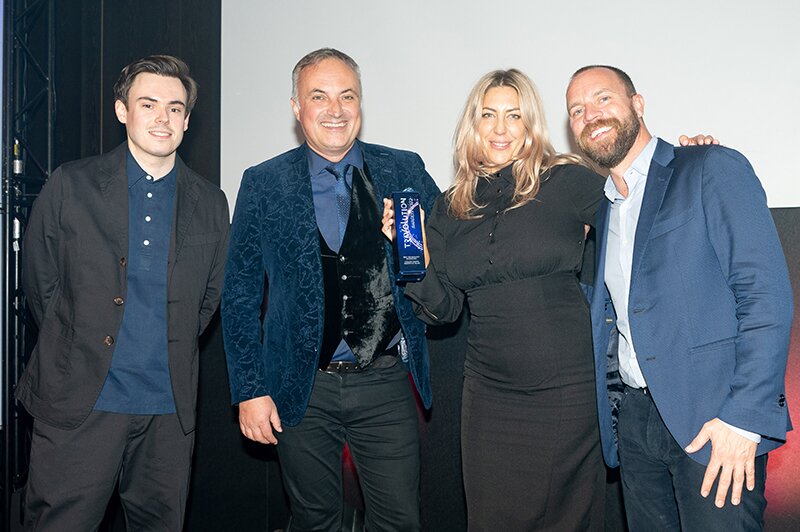 The Greek carrier is partnering with EasyJet, Vueling and Air Transat on connections through Europe and beyond