Company Profile: Arvoia anticipates scaling up with its genuine AI platform for hotels

Lee Hayhurst spoke to founder and chief executive Mike Webster about the 'exciting and scary' potential of true Artificial Intelligence, the story of how and why arvoia was founded, and the importance of being independent and acting ethically

In the game of technology buzzword Bingo you’re unlikely to get a full house if you don’t have Artificial Intelligence, or AI, crossed off on your card.

Barely any announcement about a new tech development or launch goes by without reference to it using AI, usually alongside its less advanced cousin machine learning.

But have we really entered an era of mass adoption of AI? Not yet, according to the founder and chief executive of Irish hospitality tech developer arvoia, but it is definitely coming.

“Ninety per cent of commercial statements around AI are not true,” he said. “Some people use it for marketing and to an extent it’s down to naivety about what AI actually is.

“Creating a model and saying you’ve got a great algorithm doesn’t make it AI. Unless there’s a wide-ranging network that’s self-training itself, it’s not real.

“Most people have something, they’re not lying totally, but it’s not AI. There may be some components, a bit of machine learning, or whatever.

“You’ll notice that the people who use AI most powerfully never mention a word. The surveillance infrastructures Google, or Facebook or TikTok have are massively AI driven.

“They’re not going to talk about that too much. What we are doing is saying we are upfront about AI and want educate people about what is real AI and what isn’t.”

The exciting and scary potential of AI

Webster says adoption of AI is very much still in its infancy but that it is both “exciting” and “scary” where it might lead to given the technology’s ability to get smarter every day.

“Anyone can create a model that has an action, but can you create hundreds of models rapidly for one hotel and for one particular point in the journey?” he said. 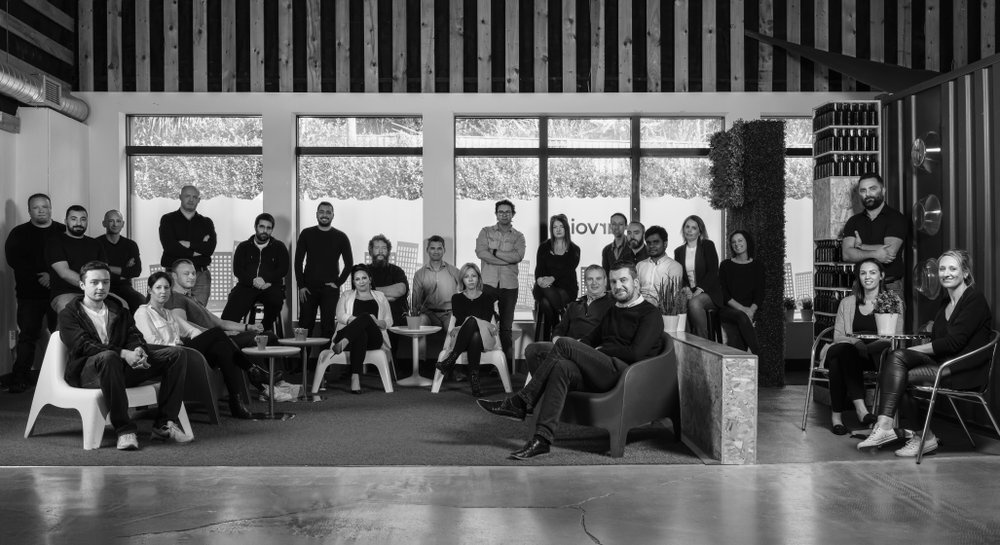 Arvoia is a technology layer that turns client’s existing booking engines into the sort of intelligent personalised merchandising platforms you expect from Spotify or Amazon.

It requires no upfront technology investment to integrate with and has been developed to be compatible with most existing booking engines used by hotels.

Following the COVID pandemic and the staffing crisis it has caused, minds have become focussed on the importance of investing in better technology, says Webster.

However, he warns against using AI to automate in-property service saying it ought to be used to digitise touchpoints to free up staff to welcome and serve their guests.

“I think there’s an overall feeling that we need to invest in tech. What this represents is zero risk in some ways because it’s built, it’s already there, you just have to turn it on.

“We’re saying have a look and test it. Do your use cases. In many hotels they are still using their front desk staff to be part of the transaction. That stuff should be online.

“With the reduction in staff availability there are people who are saying we should go contactless in hotels. No, you should be going ‘contactful’.

“When guests arrive, they should be welcomed, that’s hospitality, but that’s only possible if the transaction has been fully dealt with and guest preferences are understood.”

Preparing for the trigger point to scale

Since it was founded in 2014, Killarney-based arvoia has raised €6 million to build its team and develop its technology with backing from Delta Partners and Enterprise Ireland.

Integrations with the like of Dalata Hotel Group, Clayton Hotels, Maldron Hotels and Partners, and booking engine P3, have helped it to prove the concept works.

A further funding round is planned for this summer to double the size of the firm from its current 35 people, to build more uses cases and to reach a “trigger point” for scale-up.

Arvoia was originally born out an attempt to make the booking experience better for users of a car brokerage brand Webster founded called Mobacar.

This was a rival to the likes of CarTrawler but did not have the scale of its competition although it was working with some major OTAs and airlines like Gulf Air and whatif.com.

Webster said the firm was “about to be annihilated” by its bigger rivals in quite a consolidated sector and so it had to figure out how to stay alive.

“We started investigating how to make our booking experience better,” he says, “looking at was it possible to understand what each consumer wants and give them that.”

In 2016, the firm attracted EU research funding to build some basic AI and Webster said “we saw some mad results” just by showing what customers wanted to see.

The “lightbulb moment” then came when SIXT was offered the AI booking platform but said they would rather take something they could plug their site’s existing booking engine into.

“You know when you have that feeling, that’s it? That’s when I knew this was actually a long-term viable business,” Webster recalls.

Having raised some more money the business was split into the car broker and the AI division. Then it was a question of identifying where the AI would be best deployed.

The car rental sector was considered to be too consolidated and so a deal was done with Travelport to migrate its tech into the GDS while the AI platform was built and developed.

Webster said following a deep analysis of a number of sectors like cruise and theme parks, the hospitality sector was eventually identified as having the most potential for arvoia.

He had had some direct experience of bedbanks and holiday rentals, but it became clear the biggest opportunity for the technology was in driving direct bookings to hotel operators.

A customer experience that sees them bounce around between the hotel site, Google and OTAs and a proliferation booking engines and pop-ups pointed to issues in the sector.

By giving hotels a curated booking experience to rival Expedia, Amazon or Spotify, arvoia could save the sector some of $28 billion spent by hotels on OTAs in the US alone in 2019.

Am I getting stupider or cleverer? - the question true AI asks itself

Webster said the technology is capable of applying hundreds of different models based on user behavioural data and every single touch point, like room and rate or imagery.

Arvoia sits on top of clients’ tech stack elevating its performance by extracting the content and determining what should be shown to each consumer based on its user models.

“Coming up to the pandemic we had built the platform at scale capable of handling thousands of models predicting what each consumer wants to see,” says Webster.

“It’s almost imperceptible. What we are doing at scale and in real time, if you think of Spotify, Instagram or TikTok, is having an individualised prediction made for you.

“What the AI does is it will determine what a guest gets to see; what room and rate combination, and what image goes with that for each individual.

“Depending on how the individual reacts it will learn from that. There is a specific model for that type of guest and each model can make different predictions, so the AI tests itself.

“To be able to do that is really hard and it took us five or six years to build before we could commercialise one dollar of it.

“What makes it really interesting is those tens of thousands of models are making predictions but what AI can do is split those models and merge them - it’s training itself.

“It might get to the point where the AI says this is something I’ve not seen before so it will send a Slack message to the data scientists to say I need to be retained.

Webster said most OTAs are not doing this because they are more focussed on yielding in favour of the operator partners that pay the highest margin.

The importance of independence and ethics

And he believes independent AI platforms like arvoia will be vital to as ethical principles that increasingly guide the regulation evolution of this powerful technology.

“We think that independent AI is the behavioural data store that underpins the market, underpins how the models are generated.

“It starts off with a couple hundred hotels, then a couple of thousands, and then we start to build an independent view of the traveller on the hotel side.

“And we’re not going to sell it to Google and then charge the hotel for firing own data going back to them via an OTA.

“So, there is room for independent AI platforms and really it’s a necessity almost to have an independent AI that has the capacity to serve the guest and do it in an ethical fashion.”

Webster says this means arvoia is full committed to the sort of AI regulation guidelines being drawn up in the EU. “We love that, they are bound in our core principles,” he says.

Generations – Do consumers act their age on the web?

Are Silver Surfers cautious about buying online? Are younger generations more influenced by user-generated content? Or are consumers’ habits...