The UK start-up is building a travel solution for the web 3.0 age by enabling consumers to benefit directly from the value they generate as they discover the planet

A core principle of Web 3.0 is the value of data consumers generate will no longer be the preserve of large corporates to exploit for their own ends without explicit consent.

British start-up HyperSQ is setting out to discover what this will mean in practice in travel as it moves from Alpha development to Beta testing of its ‘explore2earn’ platform.

Co-founders Freddie Hickman, former Expedia head of commercial, and an experienced angel investor who has backed Komi and HEAT are pooling their travel sector experience and enthusiasm for innovation and start-ups.

With £2 million seed investment, HyperSQ is well-funded as it seeks to validate its concept, described as a cross between Pokemon and vintage Nokia mobile phone game Snake. 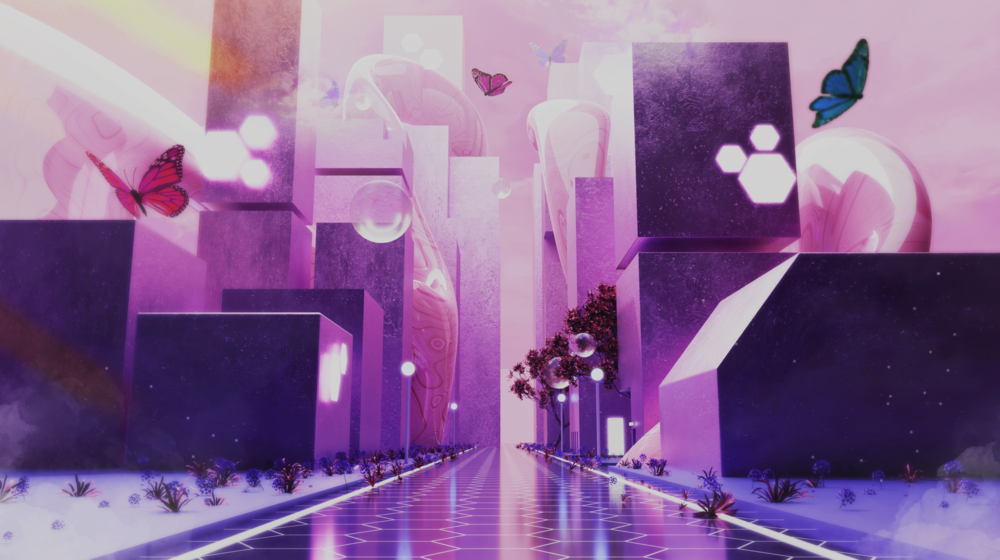 The concept was also inspired by health apps like StepCoin and Steppen that incentivised and reward people for adopting more health lifestyles.

“It is based on one major thesis,” Hickman says, “the idea that we as humans with our devices walking around every single day provide intrinsic value in the form of this data trail of where we go.

“You, the traveller, get no financial reward, in fact you get not much utility for it at all. You don’t really know where that information goes. Maybe you get served a few targeted ads here and there.

“How can we incentivise users to get out of their home, to move around as a force for good by rewarding them and also providing utility to the rest of the platform to see where people are going.”

HyperSQ is being developed using Uber’s hexagonal spatial index system which has been made available in the Github open source developer platform.

It applies a grid of cells across the entire planet made up of two metre hexagons so that geographic information can be analysed and standardised.

The idea is that as people who have downloaded the mobile app move around the planet they ‘scratch out’ hexagons and can be directly incentivised to discover more.

Initially Hickman says the game element will be based on being the first to have visited a  location, but as HyperSQ develops it will be used to drive other behaviour and activity.

Having spent five years at Expedia, which he joined after a spell at L'Oréal, he says he realised there was a "trilemma" in travel, which HyperSQ aims to fix.

“Firstly, there’s the discovery problem. How do you know where to go? At Expedia we used to talk about spear fishing versus discovery.

“Expedia, and these sort of companies, are really good at the booking and transactional offerings if you know where to go. They do a really bad job at helping you when you’re figuring out where to go.

“Secondly, there’s the attribution problem. Businesses or tourist boards trying to drive footfall to areas have a really tough time figuring out if their marketing actually works and how to make it work

“And finally, there’s the financial flow problem; the fact that, actually, the user is the product and they are not getting all the value of all the input they provide.”

A location graph based on the movement of people

HyperSQ is an attempt at a visionary answer to this trilemma, essentially a Web 4.0 application that will build on the protocols currently being developed in the Web 3.0 era.

The precise nature of the FIAT or crypto currency incentivisation will ultimately be based on has yet to be decided, but initially it is a simple point-based system.

“The goal for us at the moment is to make the experience intrinsically fun and the earning piece is a catalyst on top of that,” Hickman says.

“In the short term imagine that your mobile phone is a visible vector on top of this broader vision we have beneath of creating this new location graph based on the movement of people.”

Web 3.0 will see decentralised ledger blockchain tech underpin what is predicted will be a seismic shift in data control and ownership away from Web 2.0’s giant internet gatekeepers.

HyperSQ will create an immutable record of people’s travels, addressing the problem of verification and lack of trust while enabling a new paradigm of validation, not just for destinations and travel product but consumers as well.

“The problem is authenticity,” Hickman adds. “How do we know people who say they’ve gone somewhere have actually gone there, and how do we know that the people creating reviews are people like me?

“You can go to somewhere and have a completely different experience from someone else and yet today we are relying on just a singular view of the world, an aggregate review rating.

“You don’t necessarily need to see all the details and information about a place, you just need to know that’s the sort of place people like you go to and have a good time.”

Building trust and validation through 'proof if travel'

Hickman explains: “Travel’s one of those things everyone wants to brag about. Everyone likes a semi-lowkey flex [brag without looking like you are bragging].

“People love to collect ‘badges’ for validation, but it gets scattered around, so why not add it to your identity on chain so when you go to places it builds your identity and reputation.

“We’re in an attention economy, businesses spend millions for eyeballs, but the consumer gets no value, all they see is noise.

“And the problem advertisers have is they don’t know if you’ve seen it, or if you have through performance marketing, they don’t know whether you’ve actually gone into that area.

“Destinations spend lots of money with Expedia and they will manage the marketing and give them some numbers from their reports, but the only real source of truth the tourist board has is did football in the airport go up year-on-year.

“Imagine, rather than that, a performance marketing model similar to Google where you only pay for the ad when people click on it. Imagine a destination targets you and only when you go to that destination and enter the area the amount gets charged.

“And not only does the tourist board pay only when you go to that place, but the traveller receives the majority of the value, rather than it being dispersed to middlemen and spent on adverts.”

Uncovering the planet one hexagon at a time

HyperSQ plans to move to a public beta phase in the second quarter of this year as it focuses on retention before “opening the floodgates” in the third quarter.

“Our goal is to have a couple of thousands beta tester over the next couple of weeks and months work on that ensure that the product has a strong retention curve,

“And then the goal is towards Q3 once we have the product sorted in terms of user signals we can then think about the element of token and what exactly is the mechanism for earning.”

Early adopters who sign up to use the app today will have their own Explorer NFT travel pass minted allowing them to start earning and building their reputation.

Through this pass, which need to be re-energised by visiting designated places, they are rewarded for their travel and can trade that in the HyperSQ marketplace.

Ultimately, what HyperSQ is creating is a virtual world, a metaverse, where gamification, travel, and validation work together to encourage people to discover the planet they live on.

Users will uncover a virtual reality world one hexagon at a time while exploring the actual planet.

The Greek carrier is partnering with EasyJet, Vueling and Air Transat on connections through Europe and beyond